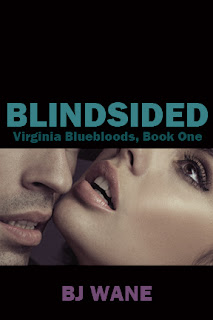 Synopsis: Twelve years after a tragic accident changes her life forever, a desperate Eve is driven to seek comfort and pleasure in the arms of strangers. A few hours of anonymous sex with a man named Nate gives her more pleasure than she ever dreamed possible. Once succumbing to his erotic coercion to enter into a sex-only affair, Eve soon discovers all the different ways a man with a creative imagination can give a woman with limitations the exciting, pleasurable adventures she craves.
Nate Radcliff never has trouble forgetting a woman, until he spends a night of sex with a woman who insists on keeping her face hidden in the dark. A chance meeting few weeks later reveals that Eve is blind, and Nate becomes determined to give her the sex she craves. For weeks, Eve basks in the decadent pleasures both Nate and his friends give her. But she keeps herself guarded, even when Nate insists their affair is more than has grown into something more for him. Just as Eve becomes more open to a future with him, her best friend, Holly, returns to town. Soon, Holly’s jealousy and possessiveness drives a wedge between her and Nate that nearly costs her the man she loves and her life.

My Review: It's been twelve years since the accident. Every year since then on the anniversary of the accident Eve immerses herself in a night of anonymous sex to help her forget. What happens though when you meet your fling again?

Nate becomes hooked on Eve after spending a night with her. He has a chance encounter with her and knows he'll stop at nothing until she becomes his. Eve finally begins to open up to being in a relationship with Nate when her best friend comes back to town. Can Eve and Nate remain together despite a jealous best friend?

I have just recently discovered Wane and fallen in love. I know to expect a strong story line, hot sex, and a surprise here and there. Blindsided teaches us that beauty is more than what we can see. Sometimes it's about what we feel. I read this in a matter of hours and know that I will be around for book two in the series. There is an interesting twist in Blindsided and I have to give Wane huge props for taking such a risk because it showcases why readers read Erotica. We read to feel, not see.
Posted by Unknown at 2:22 AM