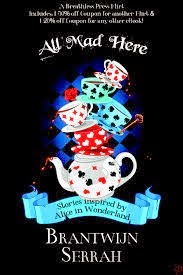 Happy Birthday, Finn! The Knight of Springtime is turning 21, but instead of a pub crawl, he must find his way through Wonderland before he gets turned into a sheep!
Nineva and Nerissa have planned a big surprise for Finn's twenty-first birthday. Before he knows it, Finn finds himself in a version of Wonderland, racing the Red and White Queens for his fondest birthday wish—of course, his Ladies can't know his true desires...can they? Will he best the Red Knight, find the White Rabbit's missing token, outsmart the Cheshire Cat, and win his princesses, before he gets turned into a sheep? 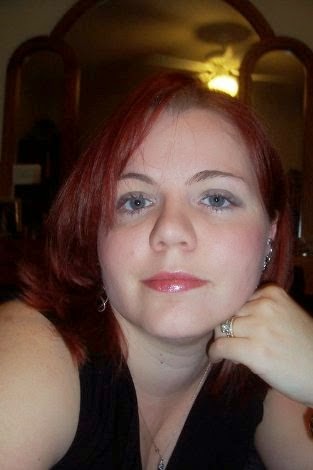 When she isn't visiting the worlds of immortals, demons, dragons and goblins, Brantwijn fills her time with artistic endeavors: sketching, painting, customizing My Little Ponies and sewing plushies for friends. She can't handle coffee unless there's enough cream and sugar to make it a milkshake, but try and sweeten her tea and she will never forgive you. She moonlights as a futon for four lazy cats, loves tabletop role-play games, and can spend hours watching Futurama, Claymore or Buffy the Vampire Slayer while she writes or draws.

Brantwijn has published two full-length erotic novels with Breathless Press: Lotus Petals and Goblin Fires. In addition to these, Brantwijn has had several other stories published by Breathless Press, including contributions to the 2013 Crimson Anthology and 2014 Ravaged Anthology. She's also had a short story published in the Cleiss Press Big Book of Orgasm and the anthology Coming Together Through The Storm. She hopes to have several more tales to tell as time goes on. She has author pages on GoodReads and Amazon, and loves to see reader comments on her work. Her short stories occasionally pop up at Foreplay and Fangs, her blog at http://brantwijn.blogspot.com.

Nineva and Nerissa send Finn on a journey for his twenty-first birthday. Finn has spent time telling the fairies the story of Wonderland which inspires them to come up with a game.

Once the game starts Finn finds himself swept up in the light heartedness of the mischievous fairies and their silly game. Suddenly, twenty-one isn't such a bad age.

Serrah sweeps us up into a world of whimsy with vivid descriptions and light hearted play. I thoroughly enjoyed this short story and would glad read more from Serrah!