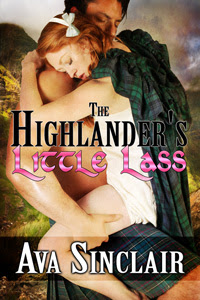 As the daughter of a powerful highland laird, Glynis McLeod should have made a fine wife for any Scotsman. Having been deprived of discipline by her mother’s untimely passing, however, Glynis grew up wild and unchecked. As a lass of twenty, she has precious little respect for any man, let alone a husband her father might choose for her.

But even a doting father must obey his king, and when the king demands a marriage to ensure lasting peace between rival clans, Glynis finds herself the very reluctant bride of Bran McKinnon. Known as Bran the Bull—both for his size and his fearsome sexual appetites—he is a man accustomed to being obeyed, a fact which is quickly impressed upon Glynis when her lack of decorum earns her a bare-bottom spanking from her future husband in the great hall of her father’s castle.


As soon as Bran lays eyes on Glynis, he knows the fiery redhead is exactly what he's been seeking: a woman who needs both the firm hand of a father figure and the dominant lovemaking of a husband. With the help of her childhood nanny, Bran sets about training his feisty highland lass to be the obedient wife he expects. Blushing cheeks and a sore bottom quickly help Glynis become the good little girl her husband desires, but when danger threatens the king's peace, will Bran recognize in time that there's more to his young bride than meets the eye?

1) What prompted you to write historical age play?

Well, I love history and like any other author who writes spanking erotica, I have an obvious sexual tilt towards submission, even though I don't consider myself a lifestyle submissive. I love the alpha male archetype - but not just for his prowess and strength, but for his protectiveness. For me, you can't have the first two in an alpha male without the third.

Over my career, I've written with moderate success under the pen name Fiona Wilde. But when I saw readers trending towards books featuring deeper submission and more explicit content, I decided to step outside my comfort zone and write age play. I find it fascinating, and the submissive part of me appreciates the appeal of the genre and the lifestyle. Who hasn't fantasized about being completely taken care of? Of giving ourselves completely to the care of someone who is strict, but who also has our best interests at heart - a man who is not just a father figure, but a lover who does naughty things to us and gives us permission to enjoy it?

These are the kind of men I wrote in my first age play books - The Eden Series - which were contemporary and penned under the name Elsa Black. Those books have done quite well for my publisher, Blushing Books, but in March I decided to branch out into historical age play with another publisher, Stormy Night, and under a new pen name - Ava Sinclair. I thought historical age play offered not just new challenges but added depth. What would an age play relationship look like in another place and time? The men were more culturally inclined to be dominant, and it may have been easier for women who were expected to be submissive to adapt.

2) How much research goes into your writing?

Quite a bit, but I try not to bog myself down. I realize that readers don't like sloppiness, but they aren't expecting a Ph.D. dissertation, either. I learned a lot about research from writing two non-erotic Amish romance novels. Readers want the mood and feel of the setting without glaring mistakes. That's what I try to give them. I research a culture or a time period and try to fit my characters into that setting as accurately as possible. But I don't forget that the readers are there for the characters, the dynamic and the relationship aspects of the story more than for whether someone is wearing the correct Tartan.

3) You write under multiple pen names, how are you able to distinguish between them?

I learned a lot about pen names while working for a publisher. I saw some writers branch out with a proven pen name into another genre or into edgier content when they were known for one type of writing, and even though the books were often excellent, they didn't sell because readers seemed to want  what they were used to. I'd originally planned to publish my Eden books as Fiona Wilde, but decided at almost the last minute to start a new pen name that I could brand exclusively as contemporary age play. I did the same with Ava Sinclair with historic age play. Readers know what those names will deliver.

I write under other pen names, too. For  instance, I have written mainstream Amish fiction as Hope Kesler and steampunk fiction as Sidney Swann.

4) When writing historical age play, how do you determine what time period to venture towards?

I go purely by what interests me. It helps, of course, if it's popular, because choosing the wrong time period can kill a book stone cold dead. For instance, since moving to Virginia, I've come to realize that the interest in the Civil War here is almost cult-like. You can't throw a rock without hitting a Civil War park or memorial, and I've gotten interested in learning more about the War Between the States, and had a fleeting fancy to write an erotica based during the antebellum era. But when you really think about the Civil War, it was quite possibly the least sexy period of our history with so many countrymen being cut down and the injustice of slavery going on.
Sometimes political tension works in the writer's favor, such as in Scottish romance novels that feature the political intrigue of the Jacobite uprising as a backdrop. But full-on war, like World Wars or the Civil War? I think it was just too brutal. I think that's why even though the sixties were a time of free love, you don't see erotica set during that time period because Vietnam was going on and that was just a dark part of history for so many poeple. There's a reason why Highlander, Regency, Victorian and Western settings are so popular. The cultural aspects are easy to romanticize, and you can cherry pick those aspects that will best fit into an erotic storyline.

5) As someone who doesn't practice age play, how is it being involved in the age play community?

It has been absolutely wonderful. The Bigs and Littles I've met are just the greatest. I'm not in the age play lifestyle, but I'm not Amish either, but I don't think you have to be part of a community to write a believable story featuring its culture and lifestyle. You just have to see the appeal and like the people. And with only a few exceptions, most are secure, warm and helpful folks who know the difference between being childlike and childish.  I can - and do - message people who are actually in the lifestyle for advice, and it's a great compliment to have age play life-stylers reach out to me after reading a book and say they hope they find a Daddy like Ethan or Max. It makes me realize that I've delivered for them, and that is incredibly satisfying. 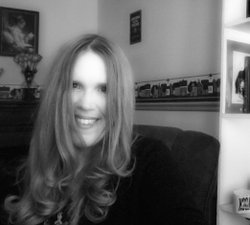 This is the first Highlander Romance I have read ever. I typically don't go for historical romance but the cover drew me in and I knew I had to read this. I recently discovered Ava Sinclair and fell in love.

Glynis Mcleod has been offered up for marriage as a part of a peace treaty between rivaling clans. Her sassy attitude makes her a spitfire from the beginning but Bryan McKinnon is up for the challenge. Leading an unsatisfying life of bedding women, he longs for the woman that will sate his desires.

Glynis is challenging from the beginning of their relationship but molds into a beautiful little wife. Bryan has found himself in his wife. Together they mold into the perfect blend of age play, spanking, and of course romance.

When I started this I wasn't sure how Sinclair was going to incorporate age play into the time period. I loved that Glynis was learning along the way and didn't know everything about a man and sex. Sinclair thoroughly did her research and scored a home run with The Highlander's Little Lass.