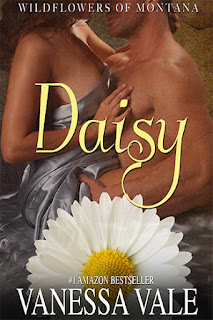 Daisy Lenox has always felt invisible next to her beautiful and vivacious sisters. But one man changed all that. The new town doctor, Ethan James, watches her with an intensity that quickly turns her curiosity to obsession. He's the first man to encourage her bluestocking ways, and the first to offer a stern reprimand when she needs it. Daisy knows his firm commands should offend, but to her shock, they make her feel protected and cared for. Ethan James makes her feel...alive. But Doctor James is keeping secrets, and Daisy is determined to find out the truth at any cost. When Daisy follows the unsuspecting doctor out of town, her obsession causes her to slip ever so close to death. And although the doctor manages to save her life, it comes at a high price for them both...marriage.

Ethan James might be new to the Montana Territory, but he's very familiar with the world's evils. A battle hardened Southerner, he's witnessed enough death and destruction to last a lifetime. He came out West to escape the ghosts of his past and to start a new life, a life in which he will maintain firm control of his medical practice and his honor. He is sworn to heal, and offering much needed medical services to the native tribe is his something he feels he must do. But local prejudice and hatred are hard foes to fight, so he keeps his actions secret...until Daisy Lenox follows him into the wild and nearly gets herself killed.

Ethan isn't sure she'll survive, and although he treats her naked flesh with the detached eyes of a healer, the man in him remembers her intelligent eyes, and her soft acceptance of his dominating ways. Once he's knows that she'll survive, he is determined to ensure she never takes such a chance with her life again, and gives her a taste of discipline with a bare bottom spanking meant to make her see the error of her ways. But something happens, and Daisy melts under his command, unable to resist his firm hand or his need for control. Her acceptance and trust awaken a need so strong that Ethan knows there is only one thing he can do to protect both her innocent desire to submit and her reputation, marry her.

Daisy has become smitten with Dr. James. She feels noticed for the first time in a long time often hiding behind her sisters shadows. When she is convinced that there is something Dr. James isn't telling her she puts her health at risk and follows him into wild and barely escapes death.

Ethan James isn't sure his spitfire will survive but he's determined to help nurse her back to health. To keep from putting the Indian's at risk and to explain Daisy's absence, Ethan does the only reasonable thing he can think of. Marry Daisy.

With Ethan's firm hand and Daisy's easy submission they are sure to learn more about themselves than ever before. Vale has a way of writing historical erotica that doesn't make the reader feel the drag that some historical novels have. I really enjoyed the joy ride I went on as Daisy discovered her need to submit to Ethan and Ethan's need to keep her safe at all costs.
Posted by Unknown at 4:27 AM